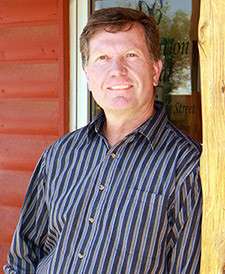 Randy Soderquist is a Licensed Clinical Social Worker with over 20 years experience working with troubled children, adolescents and families in both residential and outpatient settings. Randy served as the Program Director of a Federally funded children’s mental health grant to improve mental health services to youth and their families. Randy previously worked with several therapeutic boarding schools, providing individual and group counseling to the youth, clinical supervision to the clinical director and therapists as well as clinical consultation to the owners and clinical directors.

Randy enjoys working with youth, helping them to see who they really are and their potential to become anything they can dream to be! Randy specializes in working with adolescent females who have experienced abuse, trauma and substance abuse. Randy is also a Level I Certified Equine Assisted Therapist. Randy and his wife Toni are the parents of five children. One son and four daughters. The motivation for Re-Creation Retreat came from the personal experience of helping one of their daughters through a very abusive relationship. As they attempted to help their daughter, they were amazed at the difficulty dealing with the legal system, the educational system and the well-meaning but uninformed community in which they lived. Due to the lack of knowledge about abuse of women and its dynamics and a lack of resources, they found it to be a challenge to get their daughter the help she needed and to find support for themselves as parents. As a result, Randy and Toni developed Re-Creation Retreat. It is a private school and inpatient care facility for girls with the mission of helping young women “Re-Create” their lives around true principles leading to a correct understanding of who they “really are” and who they “can be.” Re-Creation Retreat is a resource for parents who are at the point of not knowing what to do to help their daughter who may be making poor decisions, failing in school, involved in unhealthy relationships and/or just defying parental authority.

Jeff joined the team at Re-creation Retreats mid-2018 and by mid-2022, Jeff was tasked with taking on the responsibility of Chief Operating Officer (COO) and Clinical Director, directly reporting to the founders/owners Randy and Toni to bring about their vision for RCR.

He is a Licensed Clinical Social Worker (LCSW) for both Arizona and Utah. Jeff has been directly working with youth and families beginning in 2006. In that time, he has been able to work with boys and girls in a variety of setting, such as: Small Group Homes, Wilderness Treatment, Transporting, Foster Care, Community Based, College Prep Schools, Juvenile Courts, Truancy Diversion, Child Protective Services, and currently Residential Treatment with Re-Creation Retreat.

Jeff is a no frills, no “BS”, straight to the point, go-getter who cares deeply about each and every student who comes into the program. He considers the well-being of both the group of students, as well as each student as an individual. He cares not only about what we are doing now but pays close attention to trends in the industry and looks for ways to improve the quality-of-care Re-Creation Retreat provides; whether it we Clinically, Academically, or as the day-to-day program milieu.

Garett joined Re-Creation Retreat’s team in Oct. of 2017 as a Shift Leader running the day-to-day milieu until he was offered a promotion in the summer of 2018 as the Administrative Program Director and has been fulfilling his duties in that role ever since.

He and his family moved from Orlando, FL across the county to Fredonia, AZ to work for RCR to fulfill his commitment to support the dreams and goals of his wife Hannah. Garett spent his previous seven years in Retail Management with Office Depot and more recently Universal Studios Orlando running their second largest merchandise location on property.

Garett has a knack for thinking creatively to bring about RCR’s vision.  When Garett is not in his office diving deep into his role in Licensing, HR, Finances, Payroll, Records, Policy and Procedures, Emergency Safety Response and CPR/First Aid Trainings; you will find him either outside during exercise leading the Run Team to prep them for a 10k or Half Marathon, or inside teaching two different groups (a Finance group and a Success Principles group). Garett has a passion to teach our student what many schools seem to miss, such as, ‘how money works’; to better equip them for a successful life outside of RCR.

A compassionate listener, Sharla has a knack for helping others connect with their emotions. With over twelve years’ experience in individual and family therapy at Re-Creation Retreat, Sharla is spurred on by her desire to make a difference in the lives of the students she works with, and the types of relationships they form with themselves and others.

Sharla’s therapy style provides information and therapeutic tools designed to help families and individuals heal from their past and find ways to move forward. She is licensed in both Arizona and Utah, and also serves the local community as a therapist at the Kane County Utah Children’s Justice Center.

She has a passion for photography, playing the piano, reading, and staying connected. Sharla and her husband Phil have been married for thirty-eight years, and in addition to their own tribe of seven, they have sixteen grandchildren, a gaggle of geese and a flock of ducks.

Mercy Stout is a Licensed Professional Counselor, LPC (AZ).  She holds professional licenses in both Utah and Arizona.  Mercy is a licensed Clinical Mental Health Counselor, (CMHC) with a private practice in Glendale, Utah. She has known Randy for over 20 years and known about his vision for RCR since its beginning. Mercy has been working in the field since 2011 and have experience treating clients with a variety of issues. She especially enjoys working with girls, women and abuse survivors. She likes teaching emotional management skills. She also likes working with families to heal and create working relationships. Mercy believes in the inherent value of every person and it is her goal for everyone she works with to grow their self-love and personal power. Mercy started working at RCR in July 2018 and she enjoys working with the girls there!

Passionate about teaching personal growth and development, Austin is a great advocate of positive thinking and the power to overcome limiting beliefs. Austin has a Bachelor of Arts from Dixie State University in St. George, and is currently working on a Masters from Grand Canyon University, as he works towards becoming a licensed therapist. Upbeat, and a go-getter, Austin teaches drama, and is notorious for making video clips and for his quirky sense of humor which he uses to help others to deal with stress and to redirect their energy. He has worked at Re-Creation Retreat for over six years in various positions including Youth Coach, Shift Leader and more recently as the Residential Director. He discovered he feels right at home working with youth, and also more recently, mentoring staff. He is one of the Positive Control System’s Trainers for RCR. Austin is married to the lovely Abrianna and they have one son.

Andria been a part of the RCR family in some capacity since its founding in 2008 – first as a youth coach, then as a licensed therapist. Fascinated by the science of behavior and driven by a desire to help others, Andria obtained a bachelor’s degree in psychology from Utah State University in 2019, followed by a master’s degree in social work from the University of Houston in 2021.

She dedicated a year’s worth of volunteer hours to CAPSA, a shelter for survivors of domestic violence, often acting as the first point of contact for individuals in desperate need of assistance, followed by a year of internship with the Fort Bend Child Advocacy Center as a youth and family trauma advocate. Prior to her return to RCR, Andria served as a therapist at Montgomery County Women’s Center, yet another center for survivors of domestic abuse and sexual assault.

As a long-standing member of the Re-Creation Retreat family, Andria sees the value of residential treatment facilities and strives to help each and every student to recognize their worth and overcome their weaknesses. In addition to her duties at RCR, Andria is employed by Kane County Jail as a group counselor and individual therapist, where she works tirelessly to fulfill her professional goal of rehabilitating individuals who have committed sexual and domestic violence offenses in order to help break the cycle of violence.

Tami Johnson, RCR’s Academic Advisor recalls wanting to be a teacher ever since she was in second grade because she enjoys sharing her love for learning, especially in math and science. As a self- described “math nerd,” a certified teacher, and a life coach, she loves to mentor youth to promote their all round growth. Tami is currently working on a Masters in Science. She enjoys nature, hiking and crafts and is a mother of three adult children. Her family includes four dogs, two cats and six chickens.