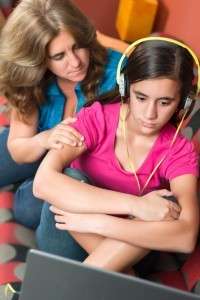 During the teenage years, the area of the brain called the prefrontal cortex is developing. This is the part of your brain that is behind your forehead. It’s your thinking cap and judgment center… which means kids can now develop their own ideas.

But how do parents distinguish between normal and abnormal rebellion in an adolescent?

What Is Teenage Rebellion?

Teenage rebellion is an act of highest assertion of independence and little adherence to parental advice during the teen years of a child’s life. It is called a “rebellion” because it leads to an intense confrontation between the teen and their parents. Teenage rebellion may seem spontaneous and illogical for parents, but there are several underlying reasons behind the behavior.

The young person proudly asserts individuality from what parents like or independence from what parents want, and in each case succeed in provoking their disapproval. Therefore rebellion, which is simply behavior that deliberately opposes the ruling norms or powers that be, has been given a good name by adolescents and a bad one by adults.

Parents usually dislike adolescent rebellion not only because it creates more resistance to their job of providing structure, guidance, and supervision, but because rebellion can lead to serious kinds of harm.

So adolescent rebellion is not simply a matter of parental aggravation; it is also a matter of concern.

Although the young person thinks rebellion is an act of independence, it never is. It is really an act of dependency. Rebellion causes the young person to depend their self-definition and personal conduct on doing the opposite of what other people want.

That’s why the antidote for rebellion is the true independence offered by creating and accepting a challenge — the young person deciding to do something hard with themselves for themselves to grow themselves. The teenager who finds a lot of challenges to engage with, and who has parents that support those challenges, doesn’t need a lot of rebellion to transform or redefine him or herself in adolescence.

How To Know If Your Teen’s Rebellion Has Gone Out of Hand?

Here are some signs that the rebellion has overshot its limits:

During normal adolescence, you might observe any of the following about your child’s behavior:

As unpleasant as it is at times, this is all part of the way teens and pre-teens individuate from their parents—it’s part of the transition from childhood to adulthood.

But some behaviors are not normal. Rather, they’re warning signs. The following behaviors fit into this category:

Make no mistake—there’s something wrong with these behaviors. Parents who tell themselves “It’s just phase” or “it’s what teenagers do” are setting themselves up for a rude awakening later.

If any of this is going on in your house, remember that the earlier you intervene with your child, the better. The sooner you tell your child that what he’s doing is not acceptable and give him the tools he needs to behave differently, the better. 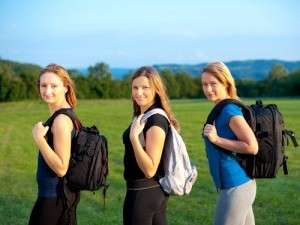 Re-Creation Retreat Center for Rebellious Girls is a private residential treatment program and therapeutic boarding school for girls between the ages of 13 and 17 who are experiencing behavioral or emotional problems that are negatively impacting their relationships at home, school, or community.  We also help girls with substance abuse issues. Re-Creation Retreat maintains an expert staff of licensed therapists and professionals to meet the educational and therapeutic needs of each resident. We are located in Northern Arizona between the Grand Canyon, Zion National Park, and Bryce Canyon appropriately referred to as “Color Country.” Student stays are typically 9 to 12 months and vary according to each student’s needs and their response to treatment. Each student participates in a comprehensive program that emphasizes Individual Improvement, Accountability, and Service. Our program focuses on Education, Therapy, Recreation, and Community Service as the primary tools for accomplishing the objectives of the program.

Re-Creation Retreat believes that underneath every troubled girl there is a beautiful child who is hurting. Currently, she is struggling with emotional and behavioral issues. But those issues do not define her. Meaning, she is defined by her past poor choices, because she can learn to make new healthy choices. When we meet a student for the first time we look beyond her past negative behaviors and see a young girl who can make new choices. We see a young lady who can transform her life, and we are there to assist. We see your child as being able to overcome the detrimental effects of emotional trauma and self-abuse and emerge as a powerful young lady with renewed hope. Whether your daughter is struggling with an eating disorder, substance abuse, emotional trauma, or any other emotional or behavioral issue – we believe that your daughter is able to overcome and emerge as an emotionally intelligent girl who is ready for a second chance. When a child arrives at Re-Creation Retreat we realize that there is a lot of work to do… she needs to walk through a difficult journey of self-discovery. She needs to be equipped and provided with new tools. She also needs to be loved back to wholeness, and told that “she is able”. Finally, from day one we work toward eventually reuniting with her family or to be prepared to enter adulthood as an independent young woman.

We are still enrolling students during the COVID-19 outbreak. Call Us.