Obesity Versus Bulimia in Teen Girls

Obesity Versus Bulimia in Teen Girls 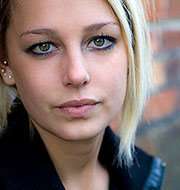 Bulimia nervosa, frequently called bulimia, is a serious eating disorder among teen girls that is defined by binge eating and purging. Symptoms basically include eating large amounts of food and trying to get rid of the extra calories by vomiting, using laxatives or diuretics, or by performing excessive exercise. Experts have estimated that approximately 5% of Teen girls in the US suffer from bulimia. Eating disorders, including bulimia, and obesity are often times seen as very different issues but actually share many parallels. Bulimia, obesity, and other weight-associated conditions may intersect as teen girls maneuver from one problem, such as harmful dieting (bulimia), to another, such as obesity. These problems include bulimic behaviors, unhealthy dieting practices, binge eating disorder, and obesity. Teen girls may suffer from more than one disorder or may possibly progress from one eating disorder to another. It is important to understand the weight related issues that your teen daughter may be going through in order to avoid causing one disorder, such as bulimia, while trying to prevent another, such as obesity.  Binge eating is common among people with eating disorders and people who are obese.  Depression, anxiety, and other mood disorders are associated with both eating disorders and obesity.  Environmental problems and issues may contribute to both bulimia and obesity.

Health Risks of Bulimia and Other Eating Disorders May Lead to:

Obesity Increases the Risk in Teen Girls for:

If you need further help or more information regarding obesity and Bulimia in your teen daughter please call Re-Creation Retreat at 385-414-8865.  Our Family Advocates are here to serve you and your daughter.  Please call today and stop the downward spiral of your precious daughter.